There are exciting times, or at least interesting times, ahead for the debate surrounding sales tax nexus.

States, growing weary of the inability to require remote sellers to collect sales tax, continue to take matters into their own hands. 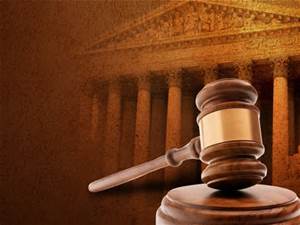 It’s been nearly 25 years since the US Supreme Court ruled in the Quill case establishing the substantial physical presence standard by which sales tax collection and remittance obligations are determined.  During recent history, states have taken steps that blur the line in terms of what substantial physical presence really is – some states adding provisions to account for click-through nexus for example.  Now, states are going rogue, and blatantly ignoring the Quill standard – and opening the door to legal challenge potentially escalating to another US Supreme Court ruling.

What we are seeing today is an economic nexus standard rather than a physical presence standard that is being applied to the requirement to collect and remit sales tax.

Two examples are Alabama and South Dakota.  Alabama’s requirement for remote sellers to collect and remit sales tax went into effect earlier this year for those remote sellers with greater than $250,000 of sales of tangible personal property in the state in the previous calendar year who are also engaged in certain other activities in the state.

South Dakota’s requirement is similar – a remote seller with greater than $100,000 in revenue or more than 200 individual transactions in the state in the previous calendar year will be required to register for sales tax purposes and collect and remit the applicable sales tax.  Other states are pushing similar reform including Louisiana, Nebraska, and Utah.

In the South Dakota example, lawsuits have already been filed – one by the state against certain online retailers and a separate lawsuit against the state.  The losing side will certainly appeal.  Whether one of these specific lawsuits in South Dakota eventually reaches the US Supreme Court is uncertain.  However, with the aggressive posture by the States in this area, I believe it’s inevitable that the highest court in the land will be involved.

Communicating Your Sales Tax Needs to IT