Council members in Washington D.C. are considering legislation that would increase sales tax by .75 percent.  The money generated would go towards repairs and maintenance for the Metro system.  The tax is expected to generate an extra $500 million a year.  The legislation would still need to be approved by Virginia and Maryland before it could take effect.

The Geneva, Illinois city council agreed to ask voters to raise the sales tax a half of a percentage point.  Residents will have the option in March to vote to increase the city's sales tax.  If the tax is rejected by voters, a two percent places-for-eating tax will be implemented on May 1. Business owners believe a places-for-eating tax will single out restaurants, and cause people to dine out less.  The Chamber of Commerce is also against the dining tax and supports raising the sales tax instead.  If the sales tax increase passes in Geneva, money collected before December 31, 2020 can be used for operating expenses.  Money collected after that date could only be used on infrastructure.

Voters in Santa Barbara, California chose to raise the sales tax rate by one percent.  More than 55 percent of voters helped pass the tax increase that will go towards fixing city roads, infrastructure, and to fund essential programs.  Groceries, food, and pharmaceuticals along with most services are not subject to sales tax, but it does affect the sale of tangible personal property.  The new tax will go into effect on April 1, 2018. 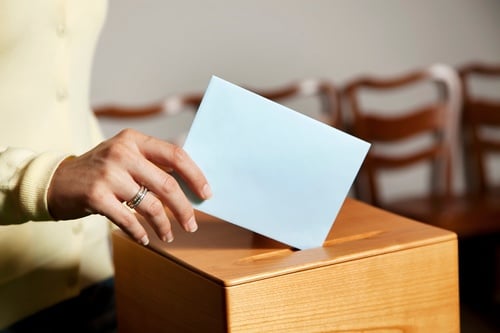