No Hike in Wyoming’s Sales and Use Taxes For Now

Wyoming lawmakers have declined to move forward with two bills to increase and broaden the state’s sales and use taxes, news outlets said. 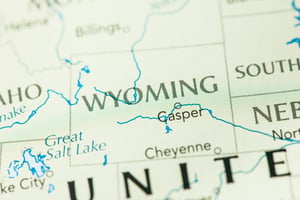 The Legislature’s Joint Revenue Committee reportedly killed a pair of tax reform bills aimed at chipping away at the state’s estimated $1.7 billion revenue shortfall. The committee – like many in most state capitals as COVID-19 drags on and depletes tax coffers – has been recently tasked with drumming up revenue sources.

The first bill draft sought to repeal several sales and use tax exemptions and subject numerous services to the taxes – with the potential to bring an additional $71 million annually for the state.

Wyoming imposes a sales tax on the retail sale of tangible personal property. The state’s new economic nexus laws, which took effect on Feb. 1, 2019, kick in at $100,000 or 200 or more separate transactions in the previous or current calendar year.

Sales tax laws and regulations can now change faster than ever. We can help you comply and stay on top of this critical question. Contact us to learn about the latest developments in sales-tax nexus and what they mean to you and your company.