Do You Really Know What Sales Tax You Filed Last Month? 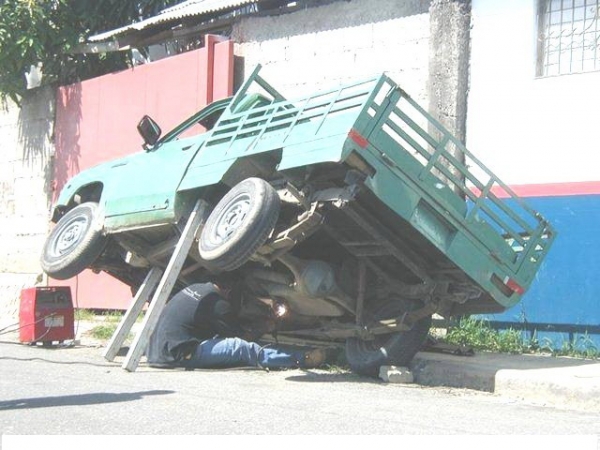 A great number of issues I help resolve are pretty easy to prevent.  Mechanics will tell you that it's not so hard to avoid a car that won't run if you'll just check your engine once in a while.  I think it's the same issue with sales tax - you just need to check your tax engine once in a while.  Just like the mechanic who deals with an angry customer who's been stranded on the road...in the rain...on a cold day...with no jacket, a couple of my advisory conversations have gone the same way.  Somehow, somebody, or something else caused their tax problem and they have to deal with the repair issues now.  So the DOR and I get the brunt of their sore temperament about the situation.

Sometimes the rules, rates, changes, etc. aren't clear - I really do get that.  What I don't get is how someone can sign a return when they are not certain about what it contains.  I mean, eventually the sales tax data has to connect to the returns which has to reflect the statutes...right?  That's what the auditor will tell you when he shows up.  So why does someone submit a return where they haven't already connected the dots on data-to-return-to-statute?  It's probably because they don't know how...just like I don't know how to get the gasoline to my fuel injector, which eventually results in power getting to my wheels.

Make sure you're filing something that makes sense and keeps you in full compliance.  And if you don't know, ask someone who can advise you properly.  It's a shame to have to ask someone after the auditor has already shellacked you, and nothing can really be done about it.

Your Sales Tax Refund is NOT in the Mail

What Do You Do When Sales Tax Outsourcing Goes Awry?